Why You Should Jump Start Your Job Search After a Holiday

Very few things are more difficult than returning to work after a three or four-day holiday weekend. Many of you are experiencing that right now, as your shortened work week means you have to cram five days of work into four—or possibly three if you took Tuesday off as well.

What are those reasons you ask? Where can you find the motivation to dive head-first back into your job search? Right here of course, with this week’s “Three for Thursday” article.

July signals the beginning of the second half of the year for most employers, and in some cases it is the beginning of a new fiscal year for others. Regardless of which category the employer falls in, if they have open job positions—this is great news for job seekers.

Employers beginning a new fiscal year have new money available to spend on hiring. Working in the recruiting industry, the NexGoal staff witnesses companies put off job searches for this reason all the time—followed up by a flood of phone calls for new candidates at the beginning of July every single year. This year is no different, as we received a number of new jobs to fill the moment we arrived in the office on Tuesday morning.

Want to check out our new Job Openings? Click here!

For the employers heading into the second half of the year, if a job position has been open for a while—they too are scrambling for candidates. Without a staff member for a few months, productivity is likely to have dropped and their sales numbers are probably suffering. With just six months left in the year, they will look to hire quickly in order to boost those numbers in the second half.

Reason 2: You Are Refreshed After a Few Days Off Work

Who does not honestly feel better after not having to worry about your job responsibilities for a few days? Sure, you may be coming back into the office to a pile of work—but for a few moments you remembered what it was like to not be stressed every day.

Believe it or not, this is a major motivator for job seekers. Those who have become bogged down at their current job need that gentle reminder of a few days off that it does not always have to be this way. Aside from money, one of the top motivators is a shift in job responsibility. Sure, you may go to a place where you are doing more work than you were before, but those tasks may not seem like work to you because they are enjoyable.

So, how do you know if your temporary vacation from work should become a permanent one?

Well, this is a little more difficult—because none of us really want to be at work for 40-plus hours a week, if we are being honest. When you first get back into the office, you are going to miss doing whatever you were doing on those days off. But as you get back into things, if you immediately get this sense of wishing you should be doing something else—that’s when you know it is time to start up that job search once again. 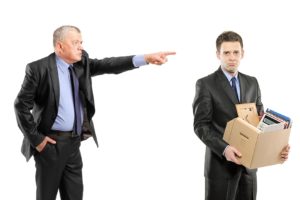 The sad truth is, someone decided the party was worth their job.

We all know the saying, “one person’s loss is another’s gain.” Well, fortunately for you this applies to post-holiday job openings.

There are always people who lose their jobs over a holiday for one reason or another. Maybe they called off on a day they were not allowed, got caught out at a bar when they were supposed to be “sick” or just no-call, no-showed because they could not miss the party.

I recently had a discussion with a local regional manager of a massive food chain, and she pointed out that holidays are some of the worst for her stores when it comes to having to fire employees. She said, “From low-level employees all the way up to management, for some reason people just seem to not care about losing their jobs over the holidays.” She continued, “This makes my life difficult because now my current staff has to work extra hours, and I am forced to move quickly to look for someone to replace them.”

This local regional manager is not the only one that has to let people go during the holidays because they did not show up. So as a job seeker, you should look to capitalize on these mistakes and new job openings.