NexGoal CEO Kevin Dahl and COO Brad Mullins recently met with former Ohio State head coach Jim Tressel and had the chance to discuss the transition that collegiate and professional football players face after their playing days are over. 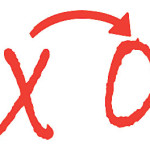 One of the first points Tressel shared with NexGoal’s leadership was the fact that he has “over 2,500 kids that he has coached and a lot of their phone numbers are on his cell phone,” and he is there if they need his help. He said coaching doesn’t stop after they leave school, sometimes just answering that call, being an ear for them, and providing support and guidance is all they need.

A former college athlete himself (quarterback at Baldwin Wallace College) Coach Tressel noted the difference in demands on collegiate athletes between his playing days and his days at the helm of Youngstown State and Ohio State. He said most college players don’t have the opportunity to “put on a pair of work boots, or pick up a shovel and work at a summer job” because the demands of the sport are so high.  Most of the players today stick around the campus for summer practice, conditioning, and work and  Tressel acknowledged the difficulty in trying to find a summer job due to those time constraints.

Dahl and Mullins had the opportunity to share with Tressel the mission of NexGoal, working with former collegiate and professional athletes as they transition into careers with corporations looking to hire athletes. Coach recognized the need for this service and felt it is important to help athletes make the transition and provide a foundation that would allow them to progress in a job that fits their skill set. Additionally, Mullins shared franchising this concept, and how future NexGoal franchises “will just expand how many athletes we can help” by allowing more individuals to own their own business while still working with athletes.

The visit with Coach Tressel was a positive one – a great day with a great educator, human being, and coach.