Salary topics always seem to get juices flowing for job seekers. So for this week’s “Three for Thursday” article, that’s exactly what the team here at NexGoal has decided to talk about.

Recently, Career Builder released a PDF download titled “Your Guide to Understanding 2016 Salary Trends,” which their team so kindly sent me the other day. There is a lot of great information in it, so I highly recommend you go to their website and find the full version.

For those of you who do not want to head over there because you trust us so much (thanks by the way), we have taken the difficult work out of the study and isolated three main trends you should be focusing on from this PDF.

Higher Base Salary is a Big Reason for Leaving 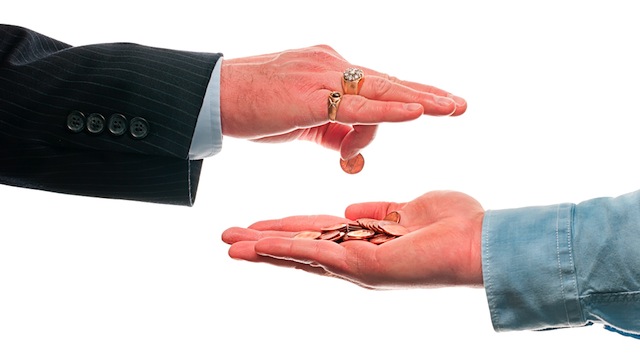 Feel like you are being paid pennies? You aren’t the only one.

An infographic in this article stated that, “(59 percent) say that a higher base salary would make them look” for a new job. Honestly, I am surprised it was not higher—but it should not be a major shocker to job seekers. Money drives a lot of decisions when it comes to where we work, and over time if companies are not taking care of their employees in that department—they will begin to look elsewhere.

What does this mean to you? Well, it means that you should be discussing compensation plans with prospective and current employers. Most people we speak with are scared to talk compensation with their employers because they are afraid something negative will come of it, but many employers we speak with actually say the opposite.

I spoke with a CEO of a local company who asked to remain anonymous here in the Cleveland area and he had this to say. “I actually wish more of my employees would come to me with concerns about their salary instead of just seeking a new job. If I knew earlier on in the process their salary was making them unhappy, we could sit down and develop a plan to try and get them where they wanted. I am obviously not just going to give people raises every time they are unhappy or see a job out there they think they can get more money at, but I am more than willing to discuss their performance and market value and adjust accordingly to keep my talent inside the company.”

This quote from the CEO was very impactful and made me think of former co-workers from old jobs. Many of them wanted more money, but never asked and just left a job they were comfortable with. Who knows, if they had asked maybe the company would have found a way to keep them in something they really enjoyed.

A second important trend from Career Builder made a lot of sense, especially if you have ever looked for a job out of market. “Cities with high salary also tend to have high cost of living. Factoring cost of living into salary significantly changes which metros have the highest salary.”

Many job seekers simply think, this company across the country is offering me $20,000 more a year, it is time to make a move! But when they get there, rent, food, gas, supplies and much more are 40 percent higher—negating that raise they got in the process.

Whenever you are conducting a job search and considering a move, you need to do research on the cost of living for that area. Just because a company is offering you more money on paper than you are making at your current job, does not necessarily mean you will end up making substantially more to make the move worthwhile. Research is vital in every job search, make sure you do yours not only on the company but also on the area you are considering moving to.

Feeling like you are not loyal because you are considering starting a new job search while working for a company? Well, this data point may help calm those feelings. “More than 3 in 4 full-time employed workers (76 percent) are either actively looking or open to new job opportunities.”

Think about that number for a second. 76 percent of full-time employees are looking or open to a new job.

Growing up, I was always told the dream is to work your entire life at one job and remain loyal to that company. It seems that job seekers today do not share that sentiment, as growth opportunities are being sought by over three quarters of full-time employees. As a worker, this means that you may not be doing your due diligence by not at least considering what else is out there.

This statistic does not mean you should be leaving jobs every six months for a new opportunity. What this means is that we are in an era of job seekers who are open to a move more than ever. This means that not only do you have the opportunity to be part of this group, but use it more than ever at your current job. With people open to change, if you are happy where you are convey this to your bosses and work toward a growth plan in your company to be rewarded for your loyalty.