The Habit Of Winning – Beyond Athletic Competition

Known as the “What It Takes To Be Number One” or the “Winning Is A Habit Speech”, one of the most quoted sports speeches of all time has remained as inspirational today as it was back when Lombardi gave it to his team. In fact, many members of the Packers who were in the locker room that day attribute many of Lombardi’s lessons to their success after their football careers ended. 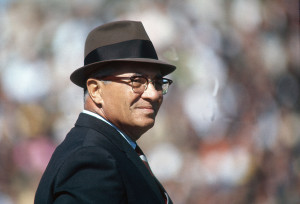 In a series of interviews conducted by Jerry Kramer in “The Habit of Winning”, members of the Packers recalled how that particular lesson – winning is a habit – drove them as successful businessmen. Even though the initial interviews were conducted almost 40 years ago, teammate after teammate stressed the importance of never giving up, developing your network, taking pride in your work, wanting to be a winner – no matter what the business may be: construction, sales, event planning, owning a restaurant or a commercial trucking business.

Being able to translate the drive, the ambition, the “habit of winning” is what NexGoal is about. Our team of former athletes have made that transition from their days of hockey, football, soccer, etc. to the world of business and have utilized the skill sets that drove them in athletic competition to drive them towards the next goal as the company continues to grow.

“Running a football team is no different than running any other kind of organization – an army, a political party, or a business. The principles are the same. The object is to win – to beat the other guy. Maybe that sounds hard or cruel. I don’t think it is.”
— Vince Lombardi

In fact, Lombardi’s ability to inspire lead to the training video, “The Second Act” in which Lombardi coaches a nervous salesman, played by Ron Masak.

Our targeted athlete-candidates have core attributes (biodata) which have proven to be accurate performance predators, adding value to a corporate team. The drive that powered their success in athletic competition will be the same drive that will power the success of your business.

“And in truth, I’ve never known a man worth his salt who in the long run, deep down in his heart, didn’t appreciate the grind, the discipline. There is something in good men that really yearns for discipline and the harsh reality of head to head combat.”
— Vince Lombardi