Over the past few weeks, the staff here at NexGoal has stressed the importance of being cognizant of what is posted or what is available to be posted on social media and the Internet. After watching the NFL Draft this weekend, there is even more reason for job seekers to be concerned about what they are putting out on the web for the world to see.

Featured Job: Looking to start your Medical Sales Career with a great base salary and commission potential?

For those of you who do not pay attention to the NFL, allow me to catch you up.

Ole Miss standout offensive lineman, Laremy Tunsil, was widely considered one of the top three players in the 2016 NFL Draft class. According to many draft pundits, he was a virtual lock to be taken in the first six picks of the first round—guaranteeing him a sum of money most of us only hope to see in our lifetime. That was, until the video/image below went viral just minutes before the first round began. 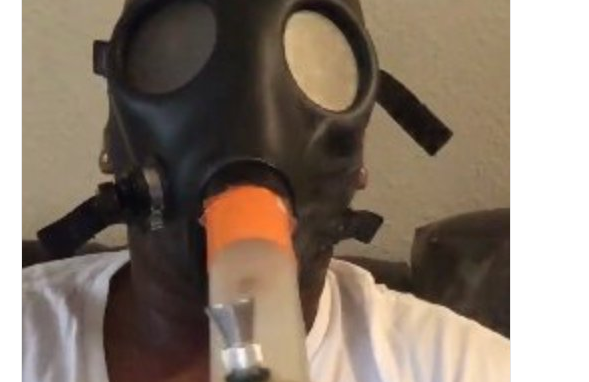 Screenshot from the Laremy Tunsil video that went viral before the NFL Draft.

As you can see in the video/image, a picture of Tunsil smoking marijuana out of a gas mask was released from his account. Even though it was deleted a few moments later, the damage had already been done—NFL teams began taking Tunsil off their draft boards.

According to Adam Schefter of ESPN, “Tunsil lost $7 million by falling seven spots in the draft.” The seven spots Schefter was referring to was the difference between Tunsil going No. 6 to the Baltimore Ravens and No. 13 to the Miami Dolphins.

After he was selected, Tunsil stated that his Instagram account was hacked and they were going to look into who released the video. But it begs the question, why take a video like this at all and give someone the power to control the fate of your job with the click of a button?

We are not going to get into a discussion of what Tunsil was doing in that video. Instead, the focus of this article is again how your social media posts can negatively impact whether or not you get the job of your dreams. And if you do not think hiring managers are vetting job seekers on social media, think again.

Staying in professional sports, Bucky Brooks of the NFL Network recently interviewed Ozzie Newsome (General Manager) of the Baltimore Ravens. When he walked in Newsome’s office he asked him what he was reading according to the below tweet. Newsome stated, “…Tweets from the college players. Some of these guys aren’t very smart. Part of our research.”

This was a powerful statement based on the draft process as a whole. If teams that spend so much time studying film, meeting with programs and working out players are going through the social media posts of players they are thinking about drafting, you better believe the hiring manager who is evaluating your resume and checking with your references is viewing your social media footprint as well.

So, what can you do today to make sure your social media presence doesn’t cost you a job your applying for?

Step One: Make Those Accounts Private

This is the easiest step you can take, but one most people forget to do. Facebook, Instagram and Twitter all have the ability to make your account private—I suggest you do it now. For Facebook, you can go to privacy settings and choose who can view your posts. But that is not all you need to do, you also need to make sure search engines outside of Facebook cannot link to your profile either. This can be found at the bottom of that privacy settings page as well.

For Instagram and Twitter, you can go in your settings and make people request to follow you. This ensures your posts are private and you can also vet who you allow to interact with you on Twitter.

Even when you secure your account, you are still subject to what happened to Tunsil. People can take screenshots of your posts and make them public. Just because you think someone is your friend and you have allowed them into your social world, doesn’t mean they won’t one day turn on you the way someone did with Tunsil.

Now, I’m sure you are not posting videos of yourself smoking marijuana out of a gas mask, but you probably have posted one of you enjoying an adult beverage or two in your day. Those party pictures were fun in college, but it is time to stop posting them. Or simply, do not post the ones that show the drinking aspects. Pictures of you and your friends at a concert are perfectly acceptable, just put the drinks down first.

Not sure which posts are good or bad at this point? Delete them now.

Freedom of speech is a great right and privilege we have living in America, unfortunately hiring managers are likely judging your for expressing that right. This is why a personal social media audit should occur for everyone as soon as possible.

At the time you posted something, it may have seemed quirky or fun, but after the fact you may be looking at that post thinking, “What was I thinking?” If this is the case, just go back and hit delete on all of those posts now. It is better to be safe than sorry, and removing this digital footprint is only the first step to making sure that what you are saying in person and your potential job performance are the main reasons why or why not you get a job.