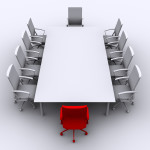 The Taylor, MI NexGoal franchise has placed its first candidate, Peter Lanzo, with Berchtold Corporation, a global leader in the design and implementation of innovative surgical environments.

In his new role, Lanzo is serving as Design Consultant at the Richmond, VA facilities. Founded in 1922 in Germany, Berchtold Corporation focuses on providing customized, emerging technologies to the operating room. The company proudly serves 15 of the Top 17 ranked hospitals in a 2012 U.S. News & World Report piece.

“Peter was excited to break into medical sales,” according to Nick Martens, Client Manager  with NexGoal JRV Michigan. “He had built a strong resume in B2B sales and was just waiting for his opportunity to make the transition into medical. The combination of Pete’s selling ability and his hunger to enter the medical arena propelled him to this opportunity.”

Prior to his new role with Berchtold Corporation, Lanzo was a Major Accounts DM with ADP and an account executive with Clear Channel Communications. He began his career as the Southern Regional VP – Sales with Ride-Away, the largest supplier of vehicles and adaptive equipment for people with disabilities. A graduate with a degree in Biology from Saint Anselm College in Manchester, NH, Lanzo is a former high school standout in basketball and baseball, winning a state championship as a senior.