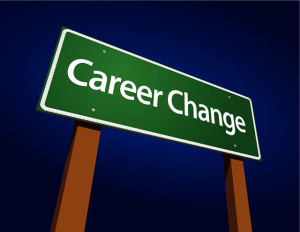 Changing jobs happens all the time, but it is how you do it that matters the most. Photo Credit: Career-Intelligence.com

Changing jobs or companies is likely something everyone reading this article has done at some point in their career.

For some, there are a lot of emotional responses that come with leaving one company for another. You have likely developed relationships with co-workers, clients and others you interacted with on a daily basis. You have also put a lot of time, effort and hard work into growing your business—and it is very difficult to leave something like that behind.

Candidate Application: Take the First Step Toward Your New Career

While it may be a different arena, many NBA players have already experienced something similar this week—and many more may experience it before the week is over thanks to the NBA Trade Deadline. Year in and year out for various reasons, teams around the league look to modify their rosters, moving players from a familiar, comfortable place to a different organization seemingly out of nowhere.

For some of those players—like many of you—this “company change” will be a welcome one, as many of them are being moved from a team out of the playoff hunt to one that could make a run for that elusive championship. However for others, they are on the other side of that equation, being moved to a team that is near the bottom of the league or in a city they do not want to play in.

As someone who recently changed companies to join the team here at NexGoal, the NBA Trade Deadline has made me think back to how I dealt with the job change. Though many of you are not currently a professional athlete, there are three important lessons we can all learn from those being traded (or rumored to be traded) that will apply to our personal career paths.

Be Grateful For Your Previous Opportunity

One of the most common things you see with people changing jobs is how excited they are for the new one. You will write your official Facebook announcement about it to your friends, Tweet it out to your Twitter followers and post an update about it on LinkedIn—trust me, I know—I just did all of this last week.

But one of things many forget to do in the excitement of the new opportunity is to take the time to thank the company you are leaving. Regardless of why you are leaving, thanking those at your former place of employment for the chance to make an impact and grow your career as a professional is extremely important. Current Brooklyn Nets forward, Thad Young, did just this last year at the NBA Trade Deadline after he was traded by Minnesota.

Thanks @MNTimberwolves organization and fans for welcoming my family and I….. We really appreciate you all…..

Not only does it show gratitude for them hiring you over someone else back when you started, but it also will help curb any negative feelings they may have about you leaving. As the old saying goes, you never know when you will meet again—and this person could very well be in a position to work with you or hire you for another career change in the future.

Do Not Bash Your Former Employer

Many of you know the quote, “It was the best of times, it was the worst of times,” from a Tale of Two Cities. Well, it just so happens that it applies to the work world as well.

Employees go through the best of times at their jobs and they go through the worst of times, it is inevitable. Some of you will leave an employer because of those bad times, but no matter how much you want to head over to social media and put up some scathing post about how bad they are, don’t.

We live in a social age, which means you can quickly put your feelings out on a bunch of networks for the whole world to see in less time than it takes you to tie your tie in the morning before work. However, while it may have seemed like a good idea at the time, there is nothing positive to gain from a negative post about a former employer.

Sure, we have all vented about how stressed or frustrated we are about our current job—but there is a major difference when it comes to “dropping the mic” so to speak after you leave. It does not look good on a professional level, and it will live on forever because no matter how quickly you think you deleted it, someone always seemingly has a screenshot.

At the NBA Trade Deadline, you will read quotes from players who “vow revenge” on their previous organization for trading them (or proclaim to be treasure and not trash as J.R. Smith did last year in the above Instagram post). The era of social media has given everyone an outlet to get their feelings out, and while it may seem trendy at the time to put that post out there—don’t hit the send button.

Learn From the Job Change

Whenever you change jobs, there is always some sort of underlying reason why you left your previous job and moved on to a new one. While you are likely excited for the new job opportunity, take a moment to reflect on what you did right, what you did wrong and what you can do to ensure success at the new job.

Why is this important? Well, let’s turn back to the NBA Trade Deadline one last time for an example.

Though there will be players traded simply because their team is out of the running and looking to save money, others will be moved because they were a “bad fit” with the organization. Many of you will hear this saying this week, look at that player’s stats and think, “how can he possibly be a bad fit?”

In both the work place and the NBA, sometimes no matter how good a player or employee is—they do not “fit” for various reasons. It happens all the time, and unless the team releases some type of statement, many people are left in the dark wondering why.

If you feel like your previous employer was not a good fit, take a moment and write down the reasons why. After you are done, read over the list and see which of those reasons you can control. Often you will find answers on your own, and can identify how to make sure those things do not occur as you transition to your new place of employment.

Wait, you already have the new job, why does this matter? Well, it is important to never stop learning in life, and being able to learn from your own actions and experiences could be the reason why your next job could be your last.