Kamerion Wimbley Prepared for Life After NFL Before He Retired

Too often when it comes to professional athletes, we hear stories of downward spirals when their playing days are over. One of the most powerful stories delivered to drive home this message was in an ESPN 30 for 30 titled “Broke” that debuted a few years ago.

However, what you do not hear often enough is the story about the professional athlete who was able to find success off the field during and after their career. Well today, that is exactly what you are going to read in regard to former first-round NFL Draft pick, Kamerion Wimbley.

Since NexGoal is based out of the Cleveland area, many of us are very familiar with where Wimbley’s career started—as he was the No. 13 overall pick in the 2006 NFL Draft by our very own Cleveland Browns. Wimbley spent the first four years of his NFL career here with the Browns before he was traded to the Oakland Raiders in 2010.

While many people were judging whether or not 53.5 sacks in nine seasons in the NFL was enough to consider his NFL career a success, Wimbley was focusing on setting himself up for success off the field. In fact, he was preparing for life after football before he was even drafted by the Cleveland Browns in 2006.

According to an article from the NFL Player Engagement website, Wimbley found his inspiration from watching other Florida State alumni and NFL players (Peter Boulware, Corey Simon and Andre Wadsworth) do the same in their careers. Wimbley stated, “All three of those gentlemen were successful at some point in their football careers and were able to transition to life after football and still be successful. I watched the way that they did it and followed the blueprint that they put out there before me.” 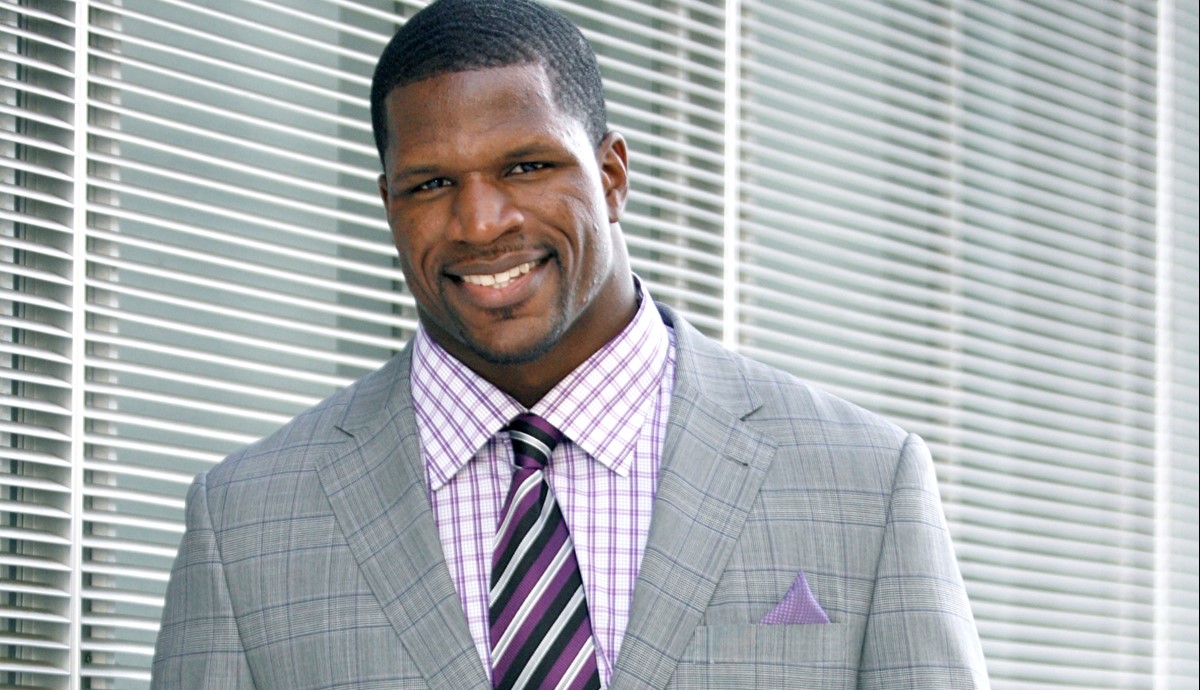 Why did Wimbley begin setting up life after the NFL before he even started playing?

“It was very important for me to leave the NFL on my own terms,” Wimbley said. “I think in a lot of cases you’ll see guys who were not ready to leave the game of football and they have a tough time dealing with it afterward. There are some challenges that exist in transitioning from the NFL into civilian life.”

Wimbley continued, “For us in the NFL, a lot of stuff was productivity based. So even when you’re not playing football you still need, well, at least for me, I’m highly competitive, I needed a place where I could compete and let some of that competitive energy out. For me it just happened to be being a business owner.”

Ready to begin your transition to a career after sports? Start here!

For an athlete with a competitive drive, Wimbley did not settle to win in just one business area either—he chose three. He owns a restaurant in Wichita called “Wings and Things,” a barbershop called “Twice as Nice” and a company that provides education and documentation for dogs known as Bully Breeds called the “Bull Breed Coalition Registry.” On top of  all of those ventures, he has the Kamerion Wimbley Foundation which is “focused on developing character, literacy and general well-being of the young and young adults in Wichita,” according to the article.

Why was it important for Wimbley to have this plan laid out for himself? Well, it was simply a numbers game for the former Seminole.

“I knew that the lifespan of an NFL player, in terms of their playing years, is very short. They used to tell us we’ve got pretty much an average of a three-year time span. Once you’re done with football, a lot of people don’t know what to do. I wanted to get started early so the foundation would already be there when I was done and I didn’t have to try to build everything from the ground up. It would already exist and so I could basically just walk right into it and get started.”

How Wimbley’s Story Can Motivate You

One of the keys in the entire article, which you can read the full version of here, is that Wimbley recognized his first career was not going to be his only one. He took steps to secure his future early on in his professional career, and set up a transition plan for the day he decided to take off the cleats and walk away from the game of football.

While you may or may not be a former professional athlete, the message is the same. We all need to prepare for our future one way or another. Whether that is outlining the career path you want to take, having a proper financial plan or some other aspect, you cannot simply live in the moment anymore when it comes to your career.

Like Wimbley, you may have passions aside from your daily job—and these passions could one day become that daily job if you do things correctly. It is never too early to start planning for that future, and having that plan laid out is the difference-maker when it comes to preparing for your life after sports.