Just over a year ago, San Francisco 49ers linebacker Patrick Willis shocked the NFL when he announced his retirement from the league at the age of 30. After terrorizing quarterbacks and keeping offensive coordinators up at night for eight seasons as one of the league’s top defensive players, Willis decided to walk away after an injury kept him sidelined for the majority of the 2014 season.

Usually a situation like his leads one direction—straight to your television every Sunday on ESPN or the NFL Network. However, instead of taking his talents to a television near you, Willis decided to head in a completely different direction, right into the heart of Silicon Valley.

No, not as a cast member of the hit television show either. Just one year after retiring from the NFL taking on the best talent in the world, Willis is pursuing a career in what has seemingly developed into the tech capital of the world with Open Source Storage.

Ready to Find Your Post-Playing Days Career? Create Your Free Profile and Apply to Jobs Today!

Coming out of Ole Miss as the No. 11 overall pick in the 2007 NFL Draft by the 49ers, nobody could have likely predicted this career path when his playing days were over. Willis received a degree in Criminal Justice when he was in college, and reportedly stated he wanted a career in law enforcement one day.

Instead, according to an article on Mashable, Willis moved right into becoming a board member and executive vice president for partnerships with Open Source Storage just two months after his retirement. How did he make the leap so quickly? Struggling to carry groceries to his door, believe it or not. 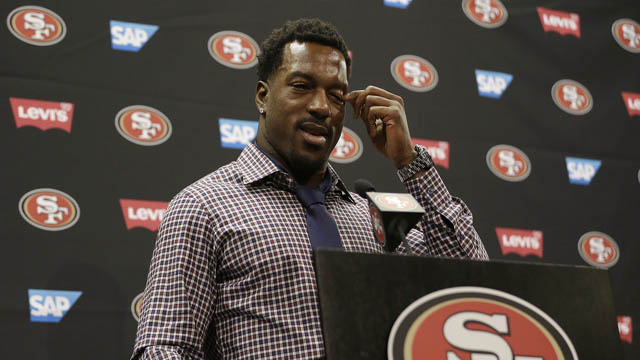 Willis shocked the world by retiring at 30-years old.

Living in the same neighborhood in Silicon Valley as Open Source Storage owner Eren Niazi, somehow neither man knew each other. According to the article, “Several months before he retired, Willis was recovering from a surgical operation when Niazi spotted him wrestling to move bags from his car to front door.”

The article continued with a quote from Willis, “Usually when people walk up to me, they kind of already know who I am and have some motive. But he just insisted like, ‘Let me help you with that.’ Then he just took off. I thought it was cool.”

Niazi really had no clue who Willis was, as he is not a sports fan. From that moment on though, the two began to spend more time together in the neighborhood—which eventually led to Willis joining the company after retirement. The article pointed out, “Niazi, in turn, was impressed by the traits that made Willis an NFL star, as well as the player’s curiosity for life beyond football.”

Imagine that. Despite not having previous tech industry experience, Niazi saw something in Willis’ translatable traits to give him a shot at his company. Former athletes should take note of this, because you all have those very same traits—and one day they could lead you to a field you may have never thought about entering.

In fact, Willis specifically pointed out something many athletes miss when their playing days are done in a quote in the article. He stated, “It just felt like, a lot of times in my other occupation, it was all about you as an individual. Here, I’m part of a team in a little bit of a different way.”

A boss that appreciates his translatable traits, combined with the ability to be part of a team and thrive—it sure sounds like Willis has found quite the home for himself at Open Source Storage now that his NFL playing days are done.