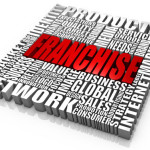 According to the first-ever National Franchise Report, franchises added almost 20,000 jobs to the economy during the month of May. The report, compiled by Moody Analytics and ADP, revealed that business services, such as NexGoal, accounted for over 2,500 of those jobs.

“During the month of May, U.S. franchise employment increased for most of the franchise industries the ADP National Franchise Report measures, with restaurants, business services and food retailers showing the largest increases,” said Ahu Yildirmaz, senior director of the ADP Research Institute. “In May, these three industries generated a combined total of 17,590 private-sector franchise jobs.”

The franchise industry is responsible for over eight million jobs in the United States and produces $2.1 trillion in economic output. Franchise employment has grown twice as fast as overall employment, accounting for 10% of the jobs in the U.S. Forecasted job growth among franchisees is slated to be 2.0% for the remainder of the year, versus 1.5% for overall employment growth.

NexGoal offers a “business in a box” model to our franchisees. Little or no experience is required: we provide all the resources needed to operate a recruiting company, including a personalized business plan and guidance, a training camp and ongoing professional development, state-of-the-art CRM system/revenue performance databases, and ongoing field support from franchise development staff. The hours are flexible and the business model requires a modest financial commitment to accomplish what you need to succeed.